The climax of the bike show is a large-scale stunt and pyrotechnic, musical and literary action. Moving outlandish decorations, flying motorbikes and incredible risky stunts, dozens of various moving objects and military equipment of different eras and intended purposes, hundreds of people participating in the program - all this will be subject to a big plan, connected by a common logic and patriotic impulse.

“We deify Victory. The soldiers, running up the smoked, broken stairs of the defeated Reichstag, seemed to rise to the sky, clenching in their hands the scarlet banner, which was the Victory Banner. They brought the good news of the Victory of Paradise over Hell to the whole world, ”commented the leader of the Night Wolves, Alexander Khirurg (Zaldastanov).

The start of the motor race “Gasfort Mountain - Nakhimov Square, Sevastopol” at 11:00

After the return of the race to the site of Gasfort Mountain, a festive entertainment, sports and music program are held.

The program and detailed information will be published on the website: bikeshow.ru

THE HISTORY OF THE BIKE SHOW:

The International bike show of the Night Wolves. A range of technical and creative ideas? An emotional impulse? An instrument of public diplomacy? Or the struggle for the Russian future?

A bit of history…

In the distant 1994, the first bike party organized by the Night Wolves motorcycle club took place in an abandoned industrial hangar in the area of ​​the Dolgoprudny town near Moscow. Several hundred people who attended this chamber event could hardly imagined that just in a few years the Bike Show would become a unique global phenomenon, gathering on one side hundreds of thousands people of completely different lifestyles, ages and types of activities... The following year, 1995, the First International Bike Show took place and lasted three days without a break. It was visited by more than 5000 people from different countries. From that moment the history of the phenomenon called “Bike Show” has started. Over the years, the geography of the Bike Show has expanded from Moscow to Kaliningrad, but the most significant period of crucial importance is associated with the holding of the Bike Show in Sevastopol. This period of time was associated exclusively with the desire to be involved in the fate of the Hero City Sevastopol in its struggle for the Russian future. Then, in 2009, the Bike Show became the most striking instrument of this struggle. It gave the city hope ... Especially after Khirurg brought the flag, handed by the president, to the Hero City.

After several years, the Bike Show in Sevastopol became a traditional, over-mass and most resonant event. This event had been marked by the signing of an agreement on the twin cities of Stalingrad and Sevastopol a year before the beginning of the Russian Spring. The show took place in 2 cities at the same time, becoming a harbinger of the Crimean miracle and the onset of long-awaited justice.

The climax of each Night Wolves Bike Show is a message to the country. There are the meanings, an appeal to a huge audience who came to see a very complex action and could be compared only to a volcanic eruption or a movie that is being shown live in front of the audience and being shot in one take. Everything is particularly verified. The actions of all participants in the performance, musicians, technicians, athletes and pyrotechnics are coordinated up to a second. This whole huge machine, the whole mystical action obeys the commands of the creator without any questions and lives according to its own, only self-guided law. The huge structure of the former Soviet factory with a height of a nine-floor house, which acts as a stage, in the light of day seems like a kind of intricate, chaotic interweaving of metal elements. But with the fall of darkness, turning-on spotlights and beginning of action, it comes to life. Undergoing many metamorphoses, it is transforming, becoming the main object of a unique action.

On August 8-9, 2020, on the location Gasfort Mountain in the Hero City of Sevastopol, there will be the Bike Show called "THE FALL OF BABYLON"...

FRIENDS, BE CAREFUL WHEN BUYING TICKETS AND BEWARE OF FRAUDS. YOU CAN FIND THE LIST OF CERTIFIED SALE OUTLETS OF TICKETS FOR THE BIKE SHOW AND THE LIST OF OUR OFFICIAL PARTNERS FOR SALE OF ELECTRONIC TICKETS PRESENTED ON THE SITE BIKESHOW.RU. ALSO WILL BE TICKETS FOR BIKE SHOW AVAILABLE DIRECTLY ON THE DAY OF EVENTS IN THE CASH OFFICE AT THE ENTRANCE.

-  The bike show ticket is valid for TWO days;

- Children under 12 years old go to the bike show for one ticket with an adult and only accompanied by adults (if in organized groups they should be accompanied by the group organizer);

- Minor spectators are allowed on the bike show accompanied by adults;

- For accommodation in the campground and parking  http://bikeshow.ru/place/ ;

According to the tradition, guests of the Bike Show can stay on a campground near the Gasfort Lake.

For your convenience, the entrance to the campground has been improved this year and a new convenient parking has been organized. This year, as part of the “Russian Forest” campaign, an Alley of Russian Spring was landed on the Bike Show location, a promenade was arranged and convenient benches were installed from which you can partially see the scene.

Last year, the first-time installed pool was incredibly popular. We took this into account and took up the construction of a second pool and the arrangement of a recreation area around them. Everything will be ready for the bike show.

Now, even with greater comfort, you can enjoy the incomparable atmosphere of both the campground itself and the picturesque scenery at the foot of Gasfort Mountain, with scenic space and action included.

Anyone with a tent who has paid an environmental fee of 400 rub can be accommodated on the campsite.

You can also choose a hotel of your preferred level of comfort in Sevastopol or Balaklava. On the day of the bike show, special public transport routes will be organized on the location of Mount Gasfort.

Applications for accreditation and broadcasting of the Bike Show 2020: 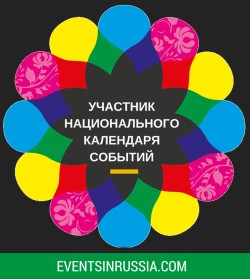